Her family confirmed the death, saying “We can confirm that our Caroline has passed away today, the 15 of February”.

“We would ask that the press respect the privacy of the family at this difficult time and we would ask they make no attempt to contact us and/or photograph us.”

I am very sad to hear that Caroline Flack is dead. I had been in touch with her recently and had hoped she was doing better. She was talented and smart and likeable and she will he missed. It’s awful.

The family’s lawyer confirmed that Flack took her own life the day after Valentine’s Day – having recently returned home after a vacation in LA.

The former Love Island presenter was due to stand trial on March 4th, having been accused of assaulting her boyfriend.

She stood down from her role on the dating show in December after she was charged with assaulting partner Lewis Burton.

Utterly devastating about Caroline Flack. She was a fun, kind beautiful person, always loved seeing her. So unfair that this has happened. Let’s pray we learn from this and remember to be a little bit more compassionate to people when they are down.

ITV presenter Eamonn Holmes paid his respects in a tweet, stating that he was: “shocked beyond belief”.

This Morning co-host Phillip Schofield paid tribute with a post in his Instagram story, in which he wrote: “You poor darling girl my heart is breaking #BeKind”.

Former Love Island contestants have also paid tribute to Flack. With 2017 winner Amber Davies tweeting: “My heart is actually broken” before posting a picture of herself with Flack and her then partner Kem Cetinay with the caption: “This is going to hurt forever”.

Love Island 2018 winner Dani Dyer posted: “I am devastated with this news. Caroline you was a beautiful person and I’m so lucky to have known you. Love you. RIP you beautiful angel”.

Caroline Flack’s death represents a catastrophic failure by the mainstream media. She was harassed for weeks by the tabloid press; following her every move and scrutinising everything she did. Her passing should hopefully bring about serious change in the way national media are held accountable for the way their actions impact people.

Anyone feeling emotionally distressed or suicidal can call Samaritans for help on 116 123 or email [email protected] in the UK.

New Channel 4 Show Wants You To Compete For Plastic Surgery

Talented Teenager Designs And Paints Her Own Graduation Dress – And It’s Beautiful! 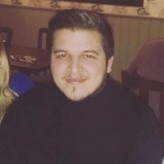 Photographer Dad Gives His 19-Month-Old Son His Old Camera - And The Pictures Are Adorable!

Adele Says Her New Album Will Drop In September