If you thought you could handle the heat – think again. Iceland has just released some new chicken wings that will just about blow your head off.

Iceland is so concerned by the outcome of consuming the fiery delicacy, that they recommend them to only be eaten ‘under adult supervision’.

So, now your love of vindaloo curry doesn’t seem quite as impressive, huh? Purchasing a bag of these bad boys is ultimately for the sole reason that you’re testing where your limits lie. They’re reported to be the spiciest chicken wings in the whole of the UK – so get your glasses of water at the ready.

Dipped in the world’s HOTTEST chilli powder known as the Carolina Reaper, each bite is going to leave you salivating – and most likely, all for the wrong reasons.

If you want to get an idea of how hot we’re talking here, they have been rated 720,000 on the Scoville Scale. Now, that’s pretty hot by anyone’s record. To put it into perspective, a jalapeno pepper usually measures between 2,500 and 8000 on the scale, which means these chicken wings are over 230 times spicier than the standard jalapeno. It makes your eyes water just to think about it.

Last year, Iceland decided to put its shoppers to the test by introducing the Red Hot Chilli Chicken Thigh – and customers emptied the shelves to contend with their friends as to who could best stand the heat. However, it seems that this year, they’ve decided to kick it up a notch.

The packet reads that they are ‘deliciously tender and are best finished off on the BBQ’, allowing them to develop a crispy chargrilled skin.’

The supermarket chain also made a statement to alert customers that they won’t be an option for the faint-hearted: “BEWARE: These chicken wings are not to be taken lightly, they are seriously hot and should only be consumed under adult supervision.

“We would recommend having a pot of cooling yoghurt, a pint of milk, latex gloves, protective goggles and maybe even a fire extinguisher close to hand.”

You’ll have to be quick though, as they’re only expected to be on sale during the summer months for the barbeque season. One customer on Twitter didn’t say much about the heat and left the modest review: “Really good kick on them. Great value for £3.”

It seems Iceland is always on a mission to find the most daring recipes after it tried to contend with Morrisons last year when customers complained that their vindaloo curry just wasn’t spicy enough. Morrisons released an even hotter curry to cater to the needs of their customers and Iceland soon followed suit with their version.

Lidl Has Launched A Pigs In Blankets Pizza For Christmas!

Nutella And Ferrero Rocher May Be Taken Off Supermarket Shelves

Co-Op Launches ‘Gender Neutral’ Gingerbread Person And You Can Help Name It! 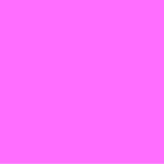 Theresa May Announces She Is Stepping Down As Prime Minister